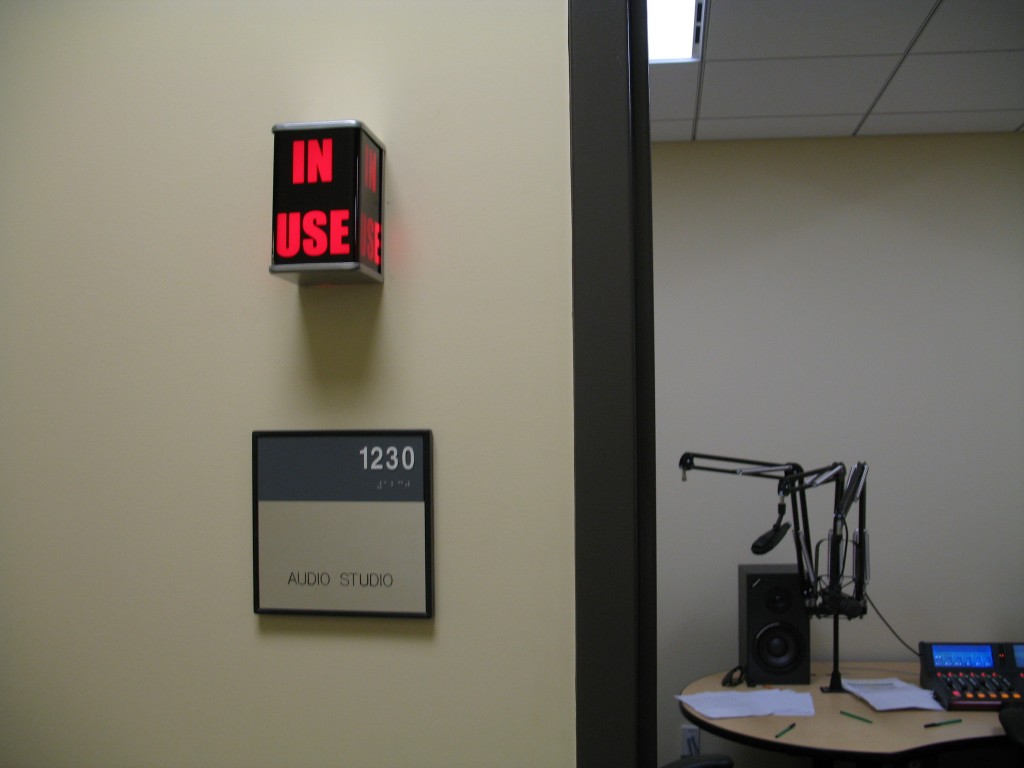 With the new “In Use” tally light, you can see when the studio is in use without opening the door.

Students using the Practice Studio frequently run over their scheduled time. Also, for some strange reason, many students will close (and lock!) the door of the studio when they leave, even though they know other people will be using the studio after them.

Since our Practice Studio doesn’t have any windows and has a soundproof door (STC 45), the students coming in for the next slot never really know if anyone is in the studio. Often, they will be waiting outside of an empty room, afraid of interrupting someone’s recording. This also makes them run over their time, creating a domino effect.

To fix this problem, we installed an On-Air tally light. The tally light illuminates anytime the microphone is on. Our light actually says “In Use” since the Practice Studio is not used for broadcasting.

The light itself, a Sandies Model 343, isn’t expensive at around $80. However, installing the light wasn’t cheap – Facilities charged us $350. Part of the problem might have been that this is an unusual job for them. In fact, they asked me to wire up the low-voltage (DC) side of the relay, which I did.

In the end though, I think the cost is worth it since this should lead to higher utilization of the space, less waste of the students’ time and less interrupted recordings.